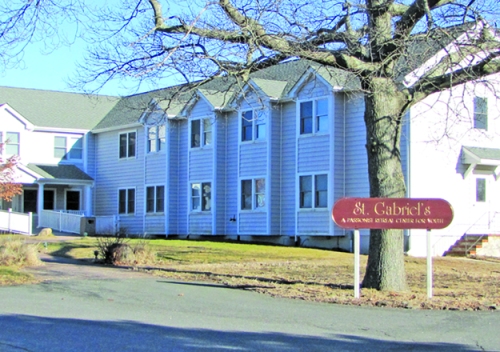 I had my first spiritual awakening at St. Gabriel’s Retreat House on Shelter Island, an area of about 12 square miles of land nestled between the North and South forks of eastern Long Island, New York.

A five-minute ferry ride from Greenport deposited a group of my fellow classmates from St. Brendan H.S. in Brooklyn and me into a dimension that I knew existed, but had yet to experience on a personal level.

We were taken there on a yellow school bus, a ride that seemed like an eternity as we left Brooklyn and crossed the entire length of Long Island until we arrived at the dock where we would board the ferry that would take us to Shelter Island and St. Gabriel’s Retreat House. It was a place where Catholic H.S. kids from around NYC got their first taste of how to convert Catholic dogma into a spirituality that could not be contained by any one religion.

We were a rambunctious group of teenage girls, accompanied by very patient nuns who happily participated in our enthusiasm.  Seatbelts didn’t exist on those buses, so we sat on the backs of the seats, played guitar, sang, and made faces at the people in the cars that passed us.

It was a right of passage to which we’d looked forward since the beginning of our sophomore year.  We knew from upperclassmen who had been to St. Gabe’s that something magical would happen during our time there, we just didn’t know what it would be.

But I was about to find out.

After checking into the room that would be all mine for the next two nights, I strolled across the grounds and walked into the main building, the one where most of the talks, exercises, and sharing would take place.  It was a large, open room, surrounded by windows overlooking the beautiful waters of Shelter Island Sound.

I was struck by a thought that stopped me in my tracks.

Slow down.  Enjoy this moment because, in a flash, it will be gone.

It was my first encounter with what I would later in life define as “Living in the now.”  It was not so much a thought as an urgent whisper that was a prelude of things to come.

The daily structured programs incorporated everything from group sessions to one-on-one meetings with a priest or a nun to discuss any questions or issues that we weren’t ready to share with the group.  Mass was a daily ritual.  This was also the first time I experienced face-to-face confession without the walls of a confessional to hide behind.

But despite the very structured program, there was also lots of free time for us to enjoy ourselves.  We were, after all, high school girls being high school girls.  We threw each other into the pool, laughed a little too loud, and tested the patience of the adults who were there to keep us safe.

But it’s the alone time we were given to reflect between the planned activities that I treasured the most. 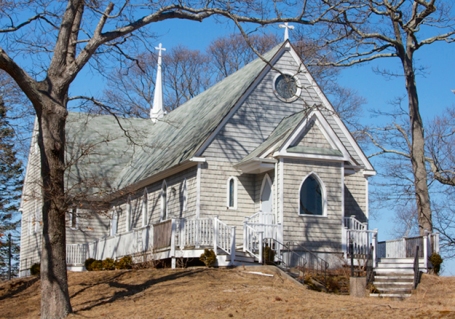 That’s when I would sneak off to the chapel with my guitar, hook up into the sound system, and play and sing to my heart’s content.

Carnegie Hall could not hold a candle to the acoustics in that tiny chapel.  And the combination of soft lighting inside, with the sun streaming in through the stained glass windows bathed me in a warmth that felt as if God Herself was embracing me.  Perhaps it’s because She was.

I was by myself — only my music and me — but the Presence that surrounded me let it be known that I would never be alone.

Three days later, after dozens of hours of prayer, reflection, and a peace greater than anything I’d ever felt before, I left that tiny piece of land on Long Island Sound, having been forever changed.

Like a caterpillar ready to be transformed into its final form, I had spun myself into a cocoon of spiritual silk, braced myself to emerge, spread my wings, and let everything I had experienced take flight into my everyday life so I could share it with those who shared that life with me.

And that’s when my spiritual awakening met its first challenge.

I wanted everyone I knew to feel what I had felt, to be transformed as I had been.

But no matter how hard I tried, my attempts failed miserably.  The frustration in my innocent heart was matched only by the looks of misunderstanding in the eyes of those with whom I attempted to share my awakening.

It was like explaining the color red to someone who had been blind since birth.

I had no choice but to accept the fact that spiritual awakenings are deeply personal experiences that cannot be rushed or explained.

I have had my share of spiritual awakenings since that weekend in 1974. But none come close to the one that cracked open the cocoon of my soul and let loose the butterfly inside.

Like all firsts, that weekend at St. Gabriel’s set the bar for spiritual awakenings that would follow for me.  And no matter how hard I tried, I would never recapture the feelings of that first spiritual awakening.  It took years before I stopped trying and accepted that the best way to recapture the magic is to listen to that urgent whisper I’d heard at St. Gabe’s my very first day there.

Slow down.  Enjoy this moment because, in a flash, it will be gone.

Enjoy your journeys, my friends.  Know that you’re on them with the people with whom the Presence has chosen for you to travel them with. Don’t frustrate yourself trying to bring along those who were not meant to go with you.

Live in the now, and know that other journeys await.

Epilogue: What Happened to St. Gabe’s?