Breaking up is really not that hard to do …

The ending of a relationship is one of the hardest things we humans will ever experience.  If it has been a long-term relationship, the pain of ending it can be excruciating.

But there comes a time when you accept the fact that ending a relationship that is no longer working, ripping the band-aid off quickly, will ultimately be less painful than gently prying off what’s left of the glue that once held it together, hoping things will get better.

When you finally end it, you find that the anticipation of its demise was far worse than the actual break-up. It is then that the pain of paralysis ends and the healing begins.

You and I had a good run.  But there were also those not-so-good times when I was so seduced by your passion and promises that I lost all sense of control and relinquished everything to you.

You empowered me and tore me down simultaneously.

I broke my rules for you and you broke me. 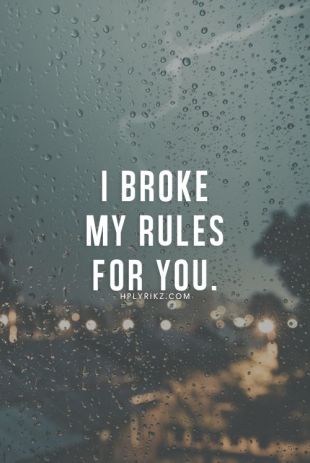 Don’t get me wrong.  We laughed a lot together and for that, I will always be grateful. But the laughter no longer feels genuine.  We used to snuggle up together after a long day at work and you would give me a warm fuzzy like none other.  But the warm fuzzy began to fade when I started “needing to be with you” instead of  “wanting to be with you.”

You completely intoxicated me!  You weren’t an addiction, but you certainly were an obsession. And you always looked so damned good!

But then came the lies.  At first, they were subtle, nearly imperceptible.  But in time, they increased to the point where you were constantly lying to me.  And even though I could no longer deny that truth, I stayed, hoping things would get better.

You hypnotized me into thinking that doing things with you was the only way I would achieve genuine happiness.  Without you, life would not be worth living.  But you not only stole that happiness, you also robbed me of time … time that I will never get back.

To make matters worse, some of my dearest friends encouraged me to stay with you.  They enabled our dysfunctional relationship, turning a blind eye to what was really happening between us.

Because of you, I sometimes acted like a complete and total ass around my friends and the people I love.

You lured me away from the things that mean the most to me and completely stripped me of my creativity, leading me to believe that you were the muse who inspired me.

The day my father died you conveniently made your way into his hospital room.  You promised to take away the pain, but all you did was distract me from facing the feelings I would eventually have to face without you.

He knew you weren’t good for me.  He worried that you would one day destroy everything he and mom had given me.  But I was so convinced by your promises to quickly take away the pain that I didn’t listen.

But the more pissed off I got, the more control I gave you!

We tried short-term separations, but those didn’t help to make things between us any better.  When we fell back into our typical patterns after the temporary separation, we were off and running on another round of lies, deceptions, anger, postponed dreams, and resentment.

I know that breaking up before the holidays will be difficult.  After all, it was during the holidays that we had our best times! We made some amazing memories, but most recently, those memories have been well, not so good.

And that’s why the holidays are also the perfect time for us to separate.  Because otherwise, we’re in danger of going backward, trying to recapture a past that we can never get back.

It’s time for me to move forward.

Can we ever be “just friends”?  Can we ever have the casual relationship that once made us feel so good around each other?  The kind of relationship that empowered us rather than tore us apart? I have no idea.  But at this juncture, it’s best if we part ways altogether so I can reflect and heal.

This is not about you. This is about what’s best for me.

This is also not a judgment.

I’m not suggesting that anyone who is in a similar relationship follow my lead.  My solution is not everyone’s solution.

But I do pray that anyone feeling even the slightest tinge of recognition in these words, anyone who has felt the abuse that relationships like ours enable, finds the courage to away walk away from the dysfunction.

I can only hope my story unlocks someone else’s prison.

I’m not saying we will part forever.  But right now, the clarity I’ve gained by releasing you feels a hell of a lot better than even the best of times during our last few years.

I will always cherish our time together. It was not lost time.  But if we stay together, it will be. And regrets are not something I care to live with.

And so, my dearest Chardonnay, it’s time for me to publicly say so long to you and all your icy cold relatives. I deserve unconditional love.  And that’s not something found at the bottom of your bottle.